We’re not shy about it: We think literacy is the most important single tool in helping to lift people and families out of poverty. On its own, literacy can empower someone to take a big step forward in pursuing more gainful employment, to have a more stable home life, and to keep those positive changes permanently.

September is National Literacy Month, and while we think it’s always important to be talking about the importance and power of literacy education, there’s a lot of joy to be found in literacy, too, of course! I took a walk through our Mass Ave bookstore, Indy Reads Books, looking for something new but ended up on something of a walk down memory lane as I came across familiar titles.

I was very, very fortunate in my childhood that I had family members who were avid readers. 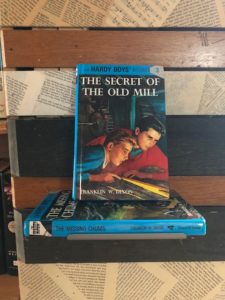 Someone in the house always had their nose buried in a book, and there were dozens of books on shelves from my parents and grandparents childhoods — including several of The Hardy Boys series.

It’s been… a while since I was that kid buried under blankets at night with a flashlight in hand, fighting off sleep to finish just another chapter or another page. I can’t remember which of the titles I actually read back then, but I do remember sitting up in a tree in our backyard daydreaming about the cases my to-be-formed detective agency would help solve:

The missing lawn mower, the fake report card, the double-agent down the street. I’d have solved them all, if any of them had actually happened.

Well… or so I thought. My sleuthing skills proved pretty minimal as I went through high school and had assignments to find clues — in the form of themes, metaphors, and meaning — in books like Knowles’ A Separate Peace, and Chaim Potok’s The Chosen. 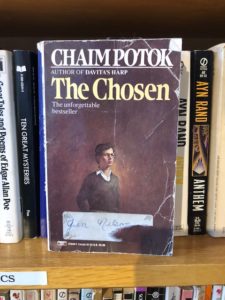 The only thing I actually remember about the story of The Chosen was that it took a lot of effort for my impatient, teenage brain to chew through. Following my reports on The Chosen and a few other American classics, the English department in my high school graciously chose not to invite me back for more AP classes.

Books I read by choice — either in classes where you were given that luxury, or when I just happened upon one I liked — were few as I went through college. But I ended up shirking all responsibility when a copy of The Da Vinci Code finally freed up at the college library.

I was aware of the controversy and wanted to see what it was about. It 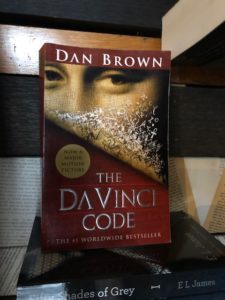 must have been the creative rain the desert of my textbook-dried brain needed at the time, because I read all of it in one marathon 14-hour sitting… followed by about a day and a half of uninterrupted sleep.

(Reading the previous book in the series, Angels & Demons, a bit later on also gave me some very unhelpful information to use in an art history class.)

Between the time I read The Da Vinci Code until I finally finished my last class in grad school, I didn’t read much aside from emails and memos at work and more textbooks and reports for class. But, somewhere along the way, The Hobbit and the books from The Lord of The Rings series land on a bookshelf at home.

I wouldn’t call it life-changing — I didn’t run out to the woods to see if I could find Tom Bombadil’s house to live out the rest of my days  — but it has become something like an annual tradition to read through the series again. The stories are so densely packed, and the world so complexly built, that I uncover something new in every chapter and eagerly look forward to that annual re-read.

The great joy of simply reading to read should be available to everyone. And all those great reads I’ve taken in and the memories I’ve made along the way were sprinkled in between vast quantities of reading for work and school — none of which I could’ve done without the power of literacy.

Your purchase at Indy Reads Books, and your donations to Indy Reads, help adults and learners of all ages to share in that same delight, and to have doors opened for them in their careers. Any day is a great day to celebrate literacy; we hope you’ll pick today to celebrate with us! 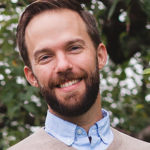 Jeremy VanAndel is the Vice President for Development & Marketing at Indy Reads and Indy Reads Books. He lives in Broad Ripple with his wife, son, dog, cat, chickens, a nightstand cluttered with books he’ll read someday.