As I sat in my lit professor’s tiny office, bookshelves crammed with leather-bound, dusty books, her desk piled with essays to be marked with red ink, I waited with bated breath as she paused to respond to my brilliant idea for an independent study. I planned to write a novel. We sat looking at each other for what seemed like minutes—a waify, wide-eyed college senior and an eccentric professor with black disheveled hair, mismatched clothing and light blue eyes. The only sound was the clock ticking on the wall.

“You’re going to write a novel?” she finally asked in a low tone, which was followed by another question, this one higher-pitched: “In a semester?” As her shrill cackle filled the room, I wasn’t sure if I should slink out in humiliation or incorporate her as a character in the gothic novel that had been brewing in my mind for this project. Embarrassed at my own naivety, I knew I had to come up with a solution. Fast.

“A gothic novella,” I suggested with a meek smile, hoping that would keep her from throwing me in the oven to cook me for dinner later. That seemed to appease her. The cackle subsided and we got down to work. Week after week, I met with her in her office to hear her critiques and then re-wrote sections and chapters based on the feedback. She pointed out inconsistencies in plot, flat characters, and bits of dialogue that felt contrived and unnatural. While I’d mastered the art of writing college essays, I was as green as a Halloween witch when it came to writing fiction. I’m sure if I ever read it again, I’d cringe at how juvenile it would most certainly sound, but I did actually complete it in a semester and even earned an A. Having the support of my professor and a deadline helped me accomplish this goal that once seemed impossible. 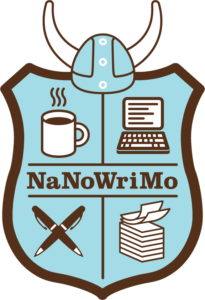 What I realize now that I didn’t know then is that writing a novel in a semester is much less ridiculous than it sounds. Elizabeth San Miguel, a local writer, surprised herself when she finished her book, Resurrection Red, the first long work she’d ever completed. Her secret?  NaNoWriMo™. Held every November during National Novel Writing Month, this non-profit organization encourages writers to get their novels down on paper through a unique idea: write 50,000 words between November 1 – November 30. The organization provides writing support through tips on their website, information about local write-in sites where people can write and talk with other writers, and daily prompts.

“It was a really good incentive to actually get something done,” San Miguel said. Thanks to NaNoWriMo™, she is now in the process of sending query letters to agents in the hope of getting her first novel published. 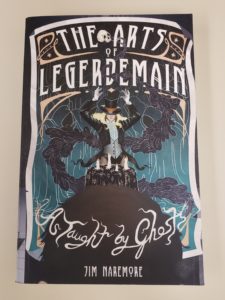 Jim Naremore, local author and one of San Miguel’s instructors at the Indiana Writer’s Center, used the NaNoWriMo™ competition to help him complete his first novel, The Arts of Legerdemain as Taught by Ghosts, which is featured at Indy Reads Books. “The most frightening thing for me as a writer is the blank page,” said Naremore. “For me, the biggest benefit [of NaNoWriMo™ ] is . . . getting the practice down, the routine. It forces you to get to work every day to meet this rugged deadline.” By the end of the competition, he’d written 56,000 words, which is a little over half of the size of a standard novel, creating the momentum and confidence he needed to finish it and get it published.

Did my professor cackle when she first heard of NaNoWriMo™? Perhaps, but perhaps not. If your goal is to have a completely finished novel tied up with a red bow and ready to be shipped off to an agent, then that’s cackle-worthy. The point is to get writers to consistently write a good amount of material in a short period of time, greatly increasing the odds that they finish a first draft, versus starting and stopping over a period of decades. I followed the latter method with my second novel. Due to long periods of not even touching the project, I had to start back at the beginning each time. I was a different person at a different stage of life, so what I’d written before no longer felt authentic to me nor was it inspiring.

“A writer travels the path along with the novel . . . If you take that break, your brain continues to progress but the novel doesn’t . . . so it can be difficult to get back into it,” explained Naremore.

Not all is lost, though. Even with projects that people have been working on for years, the amount of writing NaNoWriMo requires creates a “momentum of words,” or “a stream of energy that carries the book forward,” he said. In addition to finding a routine, Naremore also cites finding one’s voice and gaining a sense of community with other writers as key benefits.

Although his initial draft didn’t look anything like the finished product, Naremore was able to step back after participating in NaNoWriMo and say to himself, “Dang, I can get this done. I can actually do this!” And so can we.

To learn more about NaNoWriMo, including information about local events such as write-ins and other meetups, or to sign up, visit the website at www.nanowrimo.org.

If you love Indy Reads Books, join us this November at a NaNoWriMo™ write-in!

After spending a couple of decades as an international and domestic nomad, Jennifer Malins returned to Indiana four years ago and now works for Indy Reads as Vice President of Program. If she’s not reading a book, she’s either writing her novel or preparing for a figure skating competition. She is also a health nut, so if you meet her, you’ll be sure to get some unsolicited health advice as well. (Hide the doughnuts!) 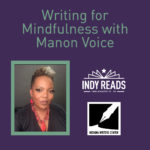 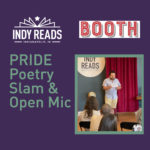 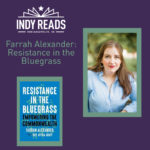 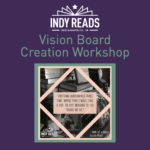 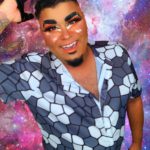 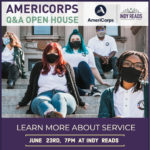 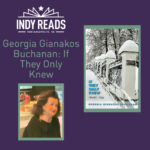