In My Own Words is an Indy Reads series where students tell their stories using their own authentic voice and words. Kenzi and Aaron are our power couple who became the first ever graduates of our HSE program! We are so proud and honored to share their story with you. Hear more about them in their own words. 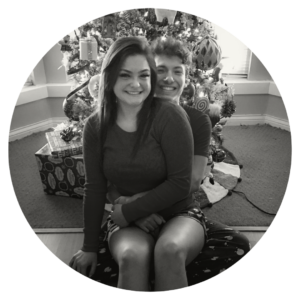 Kenzi: We met at Kroger.  We worked in different departments. Started talking and it just clicked.

It kind of went from there. We’ve been dating for two years. Been living together for a year. Bought a house from his Mom just this month. His Mom re-did the whole house and let us rent it out.

Challenges of the Past

Kenzi: Me personally, I did online school for High School.  But it randomly shut down. It was a bad situation.  I could not get into school anywhere else because I could not get my transcript.

When they shut down, I was in Junior year. It was shocking. I got an email saying stop doing assignments, no one is there to grade it, it no longer matters. It was the Fall semester. As I did more digging, they said there were too many students and not enough teachers. There were almost 3000 students. The teachers did not care. I would email them, asking for help, and they would not get back to me for a week, and by then the assignment is now late.

Aaron ended up moving out of his parent’s house, kinda young.  He just kind of stopped going to school. He dropped out.

I connected with a few teachers. They had to be funny or feel like they cared if I passed the class or not. But then I got sick and no one really reached out or made sure I got my work. They tried to suspend or punish me. So I decided to leave. I was 18. So I just walked out, and they were like deuces (laughs). They don’t care. I already had a job in high school. So I figured I might as well keep working until something better came along.

My Dad ended up saying we needed to get my schooling done, and showed me the HSE.  (Laughs) I don’t even know [how he found Indy Reads]. He sees things online and sends them to us. 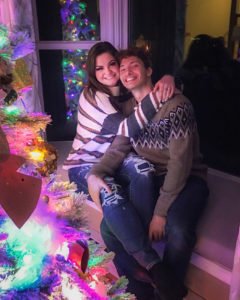 The Road To HSE

Aaron: My Dad sent a notification for schooling online.  We went to the Indy Reads location and took the pre-test.  We just kind of went from there.

Kenzi: We did our practice test. Then it started with a Zoom call. He explained what we would do and the classes. We got our logins. They would let us work on our own, and if we had questions we would ask. We had Zoom class like 3x a week. But they would reach out like every day though, to see if we had questions or needed help.

Parts of it were really difficult. Other parts were fairly easy. If you study and pay attention, you can absolutely do it. We loved it. They took us through orientation and did practice tests. If you need extra help, they will take you into personal breakout rooms on Zoom to help you out.

Aaron: If you don’t stress about it. Just relax and do your best, that’s how I approached it. Motivation, that’s the hardest point. But Indy Reads showed they cared. That’s really important.

Kenzi: That is so cool! We are really the first ones to pass the HSE? That’s crazy!

Aaron: That really made my day.  I was so excited! I was so relieved, I was nervous I had not passed!

Kenzi: We celebrated.  We got dinner and stuff like that. My Mom was really excited. Her birthday is on my diploma, it’s the same as the date I received it. She says that it was the best gift for her.

Aaron: Indy Reads is the best program I ever tried. They really care. I could not have done it without them.  I really appreciate everything they’ve done for me.